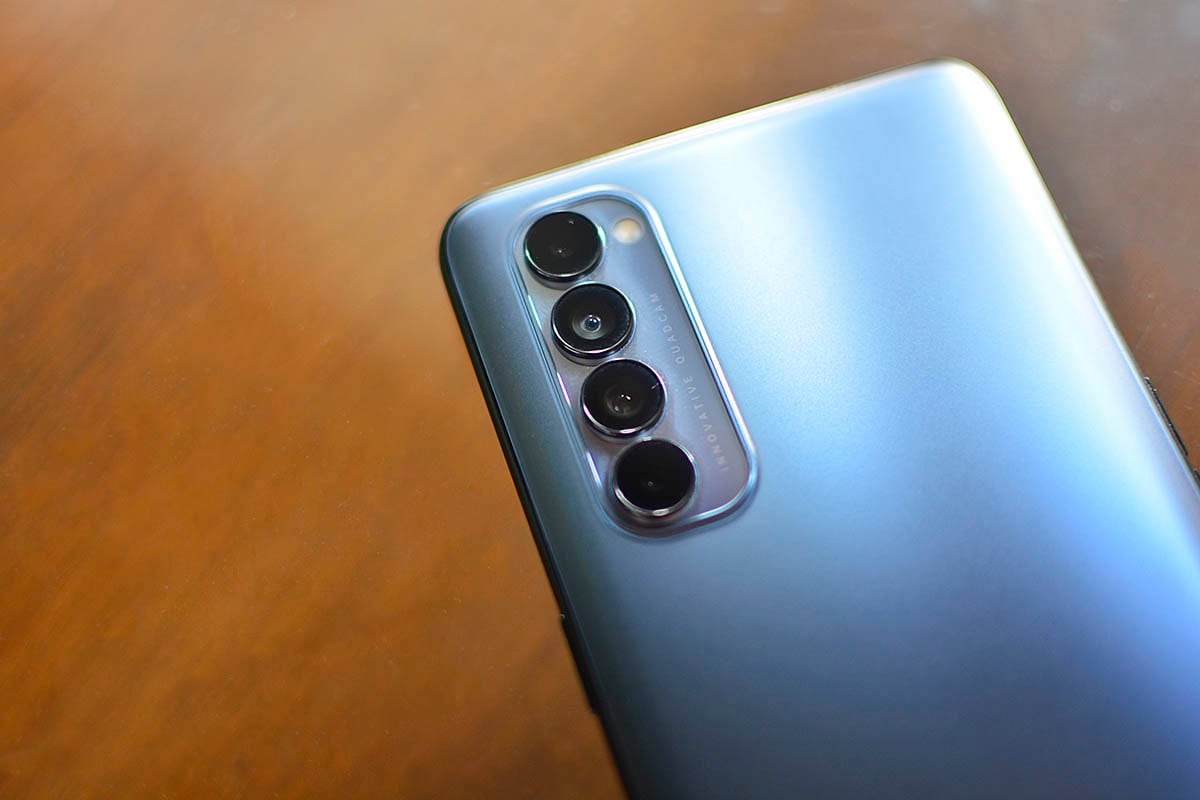 Oppo has launched a premium and fast charging device named as ‘OPPO Reno 4 pro ‘ in budget of Rs.35000 with its matt look and curved screen with 90Hz refresh rate and 180Hz touch sampling rate ,It has an punch hole selfie camera with 32MP and rear camera with 48MP+8MP+2MP+2MP. This device has no blocked apps and has Android 10.This phone can be charged fully in 36 minutes only and that is amazing! Isn’t it ?

Coming on to specifications, it has an beast processor which is Qualcomm Snapdragon 765g (octa core) with 8 gb ram +128 gb storage variant .with an giant display of 6.50 inches, it has an battery of 4000 mAh. Leaving all this stuff , it has an under display fingerprint
and face look too.

The Oppo Reno 4 runs ColorOS 7.2 based on Android 10 and packs 128GB of inbuilt storage that can be expanded via microSD card with a dedicated slot. The Oppo Reno 4 is a dual-SIM (GSM and GSM) smartphone that accepts Nano-SIM and Nano-SIM cards. The Oppo Reno 4 measures 160.30 x 73.90 x 7.70mm (height x width x thickness) and weighs 165.00 grams. It was launched in Glacial Blue and Space Black colours.

Connectivity options on the Oppo Reno 4 include Wi-Fi, GPS, USB Type-C, 3G, and 4G. Sensors on the phone include accelerometer, ambient light sensor, proximity sensor, and fingerprint sensor.
The packaging is simple, and inside you’ll find the smartphone along with a case, charger, cable, and headset. The first thing that really struck me, after taking the phone out of its plastic wrapping, was how incredibly light it felt.

Phones these days typically hover around the 180g to 200g mark, but the Oppo Reno 4 Pro weighs just 161g. Apart from the low weight, it’s also fairly slim at just 7.7mm in thickness. This easily makes it one of the most comfortable phones, with a large display, that I’ve used in a while. Also, there’s a headphone jack on the bottom, which is a pleasant surprise in 2020.

How to select truly wireless earphones?

No One Can Beat ASUS this Beast AMD laptop

Is Tiktok stealing data in USA what donald trump Said ?