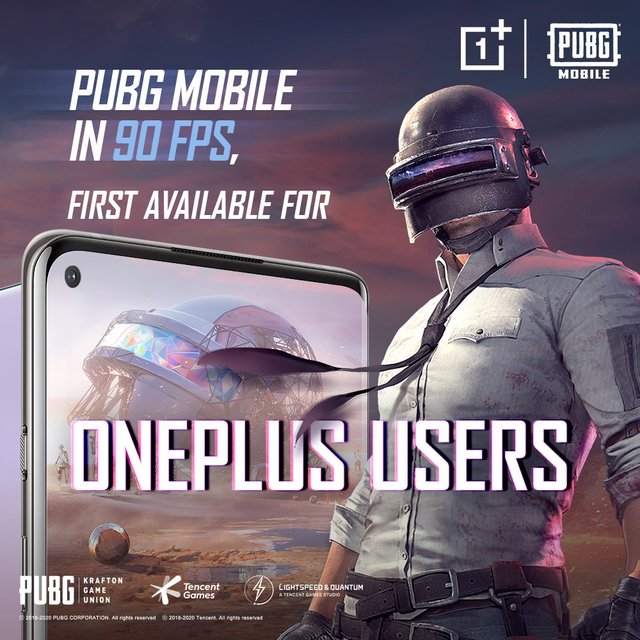 Tencent Games Is Finally Introducing The 90fps Mode For The Global Version Of PUBG Mobile, But It Will Be Exclusive To OnePlus Smartphones For The First Month.

PUBG Mobile has been offering some of the best gaming experiences on the mobile platform. But this was still limited to 60fps gameplay even if you had a smartphone which had hardware capable of better. But the Chinese version of the game which is called Game for Peace did offer higher fps but that was limited to Mainland China, Japan, and Korea. And now Tencent Games is finally introducing the 90fps mode for the global version of PUBG Mobile. But it will be exclusive to OnePlus smartphones for the first month.

After the timed exclusivity deal expires on September 7th, Tencent said that any PUBG Mobile player with any smartphone that supports a higher frame rate can enable 90fps as an option. Meaning Android phones such as the Samsung Galaxy S20, the newly announced Samsung Galaxy Note 20 Ultra, the Google Pixel 4 and 4 XL, Asus ROG Phone II, and the Razer Phone 2 should have access. Don’t expect any iPhone to run the game at 90fps because iPhone screens are still stuck at 60Hz, but the 120Hz iPad Pro could support the feature.

OnePlus announced a similar partnership with Epic Games in May, allowing its phones from the 8 series to run Fortnite at 90fps. However, enabling a higher frame rate on Fortnite for either the OnePlus 8 or OnePlus 8 Pro will lower the default graphical settings to “Low,” as noted by GameSpot. Tencent has not said whether a 90fps in PUBG Mobile will reduce the graphical fidelity, though another factor might be what type of processing power each phone contains — the Samsung Galaxy S20 has the same Qualcomm Snapdragon 865 chip as the OnePlus 8, while the forthcoming Galaxy Note 20 Ultra has a slightly faster Snapdragon 865 Plus processor.

How to install PUBG Mobile on your smartphone without Wasting internet

Amitabh Bachchan wishes fans on Raksha Bandhan from abhisek Side