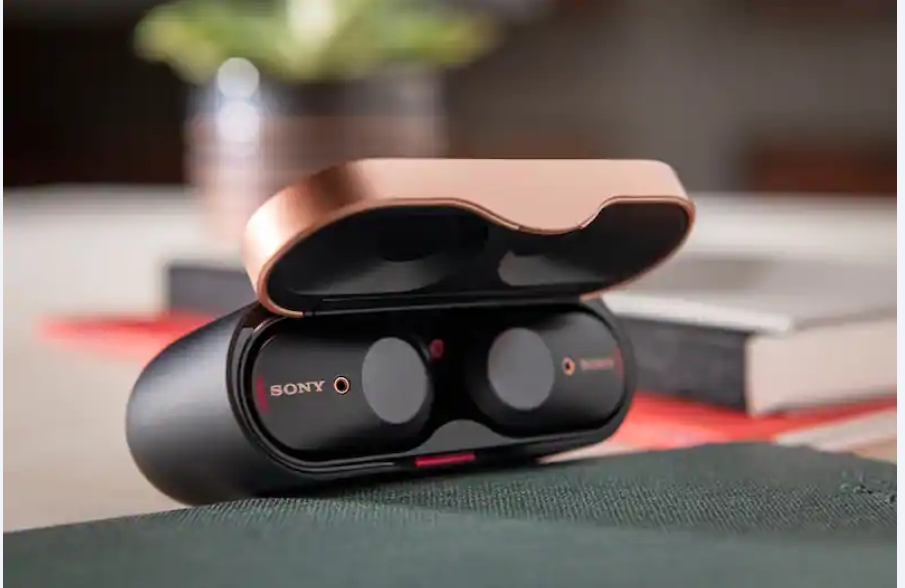 Sony has launched WF-1000XM3 true Sony wireless earphone with active noise cancellation in India. The flagship earbuds are priced at Rs 19,990 and it will go on sale in India on August 6.

Sony WF-1000XM3 will be available for purchase on Amazon, Sony’s official website, and its offline retail stores and other retailers.

Sony has launched WF-1000XM3 truly wireless earphones with active noise cancellation in India. The flagship earbuds are available at Rs 19,990 and will go on sale in India on August 6. Although the device has been launched with a price tag of Rs 19,990, it will be available for Rs 17,990 as a part of an introductory offer. The Sony WF-1000XM3 will be available for purchase on Amazon, Sony’s official website, and its offline retail stores and other retailers.

Sony has been quiet on a launching spree as it just last month it had dropped a couple of audio products including the WF-SP800N and WF-XB700 true wireless earphones which are priced at Rs 18,990 and Rs 9,990 respectively and it had also launched the WH-1000XM3 over-ear headphones. The Sony WF-1000XM3 TWS earphones are being touted as the flagship audio device by the company which offers similar specs like the WF-SP800N but has more to offer. So let us have a look at the specifications and features of the device.

The Sony WF-1000XM3 is equipped with a Dual Noise Sensor technology that works with the new HD Noise Cancelling Processor QN1e to catch and cancel noise respectively, this would provide a seamless music experience. In this process, it only cancels all sorts of noise from the background but also uses less power in this process.

The company claims that the earphones offer up to 6 hours of power and the charging case offers up to 24 hours of battery life with the Noise cancellation mode off. However, if the Noise cancellation mode is switched off, the device will provide power for up to 32 hours. It also a quick-charge facility and a 10-minute quick charge function in the charging case that provides up to 90 minutes of playtime.
Apart from great battery life, it also has features including the Adaptive Sound Control, touch sensor, wearing detection, and quick attention mode. WF-1000XM3 earphones also feature intuitive touch control settings. The device also has built-in voice assistant support for Alexa, Google Assistant, and Siri.

In terms of design, the company claims that it fits perfectly and provides comfort even during long listening hours. The Sony WF-1000XM3 earphones are available in two impressive colour options including the black and gold and the white and beige. The flagship earphones by Sony will compete with Sennheiser Momentum True Wireless 2 and Apple AirPods Pro.