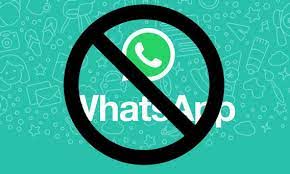 whatsapp Latest features :With more than 2 billion users globally, WhatsApp is probably the most popular social messaging app. WhatsApp is back in the news for a fresh round of features in order to provide smooth messaging and call experience to its users.
From dark mode finally appearing on WhatsApp Web to beta version releases of an option to mute chats indefinitely, WhatsApp took out a plethora of features this week.

Mute always option :
WhatsApp is working on a new feature that might come in handy for people who are part of unwanted groups that for some reason they cannot leave. This new feature will allow users to mute groups indefinitely.
The new feature was spotted by WABetaInfo, a website that tracks WhatsApp features introduced in the app’s beta version. According to the report, the new feature comes with 2.20.197.3 update. However, the feature still shows to be “under-development” and there has been no official announcement of a stable version release for the users by the company yet.

Dark Mode on WhatsApp Web :
Months after the popular instant messaging application WhatsApp released the much-awaited dark mode feature for its Android and iOS smartphones, the same feature is now available for its desktop version.

Self-destructing messages :
As reports suggest, WhatsApp has been working on a self-destructing messages feature for long now. As the name suggests, messages can be timed to self-destruct within a stipulated time period. Similar to the Stories feature on the application, that lets users post pictures and videos for a limited period of time, this new feature will limit the timing on text and is expected to be restricted to private and group chats. The feature is still disabled but it may soon get operational in the future builds.
However, this week, reports poured in that the Facebook-owned messaging app is making improvements on this feature in terms of managing the settings. This includes a toggle button to turn this functionality on or off.